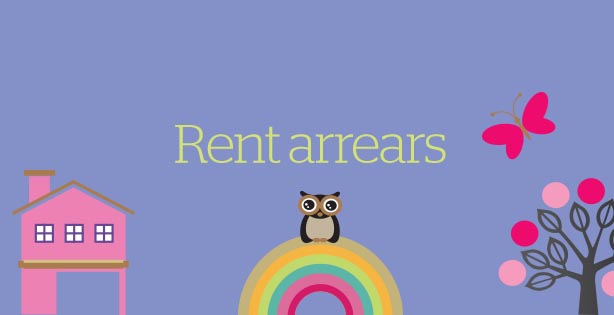 In 2016 the property sector has been impacted by a number of different factors. From Chancellor George Osborne’s Budget Speech, which announced the changes to the stamp duty surcharge and the tax relief cap, to the Right to Rent act, EU referendum and a new Housing Minister, one constant that has been affecting the sector for some time, however, is rent arrears.

According to the Rent Arrears Tracker, research carried out by Reed Rains and Your Move, in the final quarter of 2015 89,300 tenant households in the UK were in serious arrears (this is defined as arrears of more than two months). In a positive turn for the industry, the 3,100 less private rental households were in serious arrears in the first quarter of 2016, taking the new figure down to 86,200. The improved figures could be correlated to the increase of 44,000 new jobs that were created in the first quarter of the year.

Despite the slight improvements, rent arrears remain one of the most prominent concerns for landlords who operate in the UK’s private rental sector. With the Brexit outcome in the EU referendum, there is much uncertainty and instability surrounding the UK’s economy. This could affect the financial circumstances of many tenants in the private rental sector and therefore we could potentially see the levels of those in arrears substantially increase.

Experienced Letting Agent and owner of one of the UK’s leading providers to letting agents and property developers in the UK, Rent on Time are all too familiar with the subject of rent arrears.  Sales Director Dave McNeil says “It is currently reported that over 85,000 tenants are in two or more month’s rent arrears in the UK; that is potentially 85,000 tenants facing eviction from their properties at present. ARLA reported earlier in 2016 that they expected rents to increase throughout this year due to the changes in Legislation, Landlord Taxation and also the stamp duty hikes after 1st April. It isn’t unreasonable to suggest that following these reports, tenant arrears will increase throughout the remainder of 2016 as well”.

The Rent On Time service was developed to add value to letting agents offerings by removing the threat of rent arrears from their landlord customers. The service increases letting agents revenues and profits and helps them to stand out from the competition.

You can visit the Rent on Time website here.

Let’s face it – estate agents are an easy target.  Whereas in every industry sector there are those who operate professionally with […]

Labour’s bid to force letting agents to publish fees in full
May 16, 2014

The Labour party’s bid to standardise the letting industry continues, with calls to force letting agents to publish their fees in full […]

Online or Traditional Estate Agency – There’s Room for Everyone
Aug 14, 2017

Over the last decade there has been a notable change in the world of buying and selling houses, from the more traditional […]

A member of our team will be in touch as soon as possible. In the mean time why not provide us with a few more handy details.